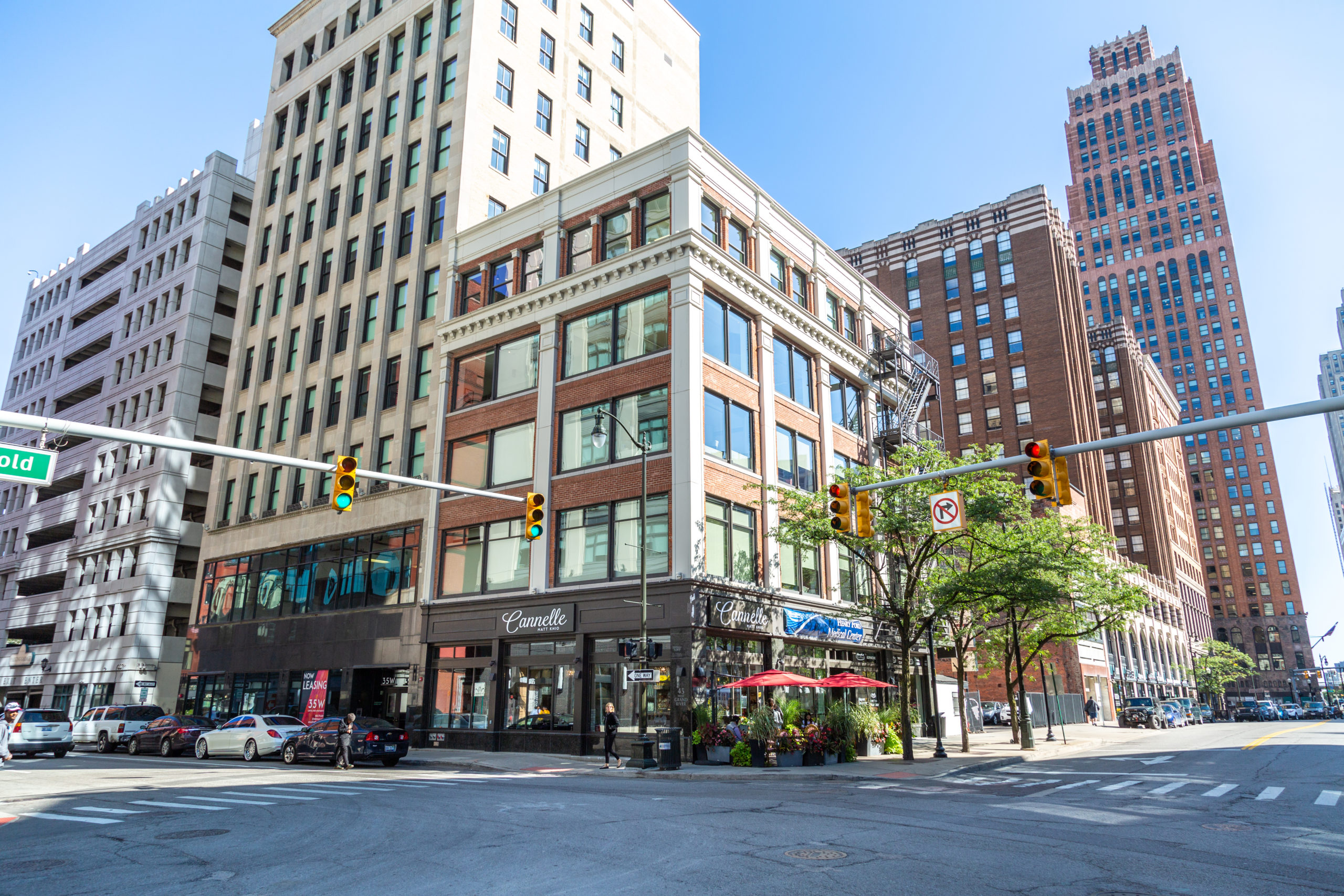 Across from Capitol Park, the Bennett Building was designed by architecture firm Bonnah & Chaffee and constructed in 1895 for Edgar Bennett to host meetings of the Detroit businessmen’s social organization known as the Supreme Division of the Loyal Guard. In 1910, the five-story structure with a brick facade and limestone accents was purchased by Kern’s department store and subsequently leased to various clothing stores. In the 1950s, the property changed hands to the First Church of Christ and was converted into a Christian Science reading room. It was bought by Bedrock in 2014 and renovated by architecture firm Kraemer Design Group in 2017, resulting in offices and street-level restaurant and retail space. 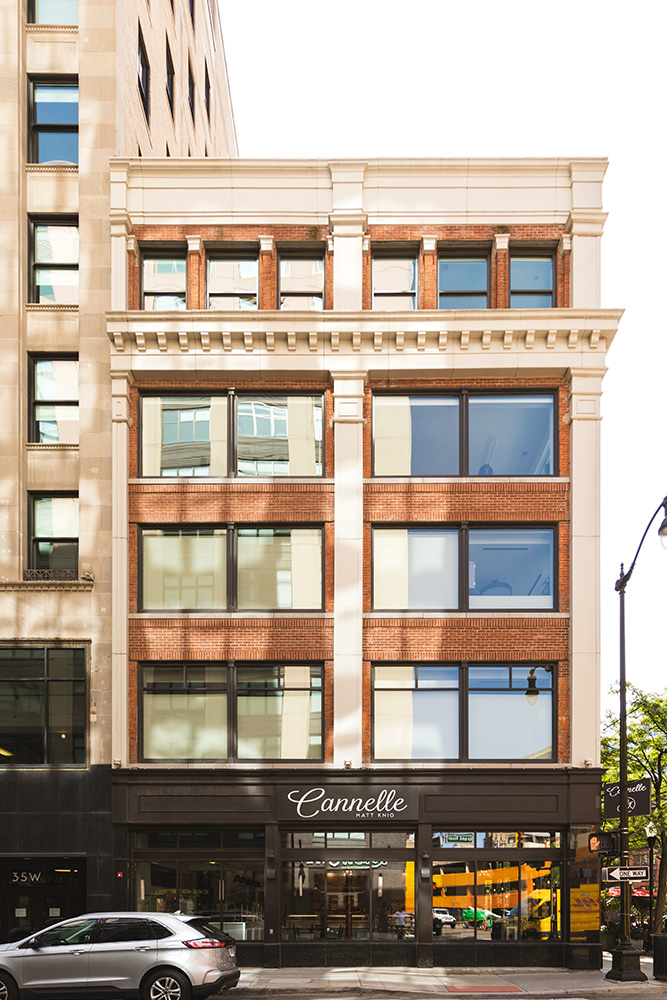 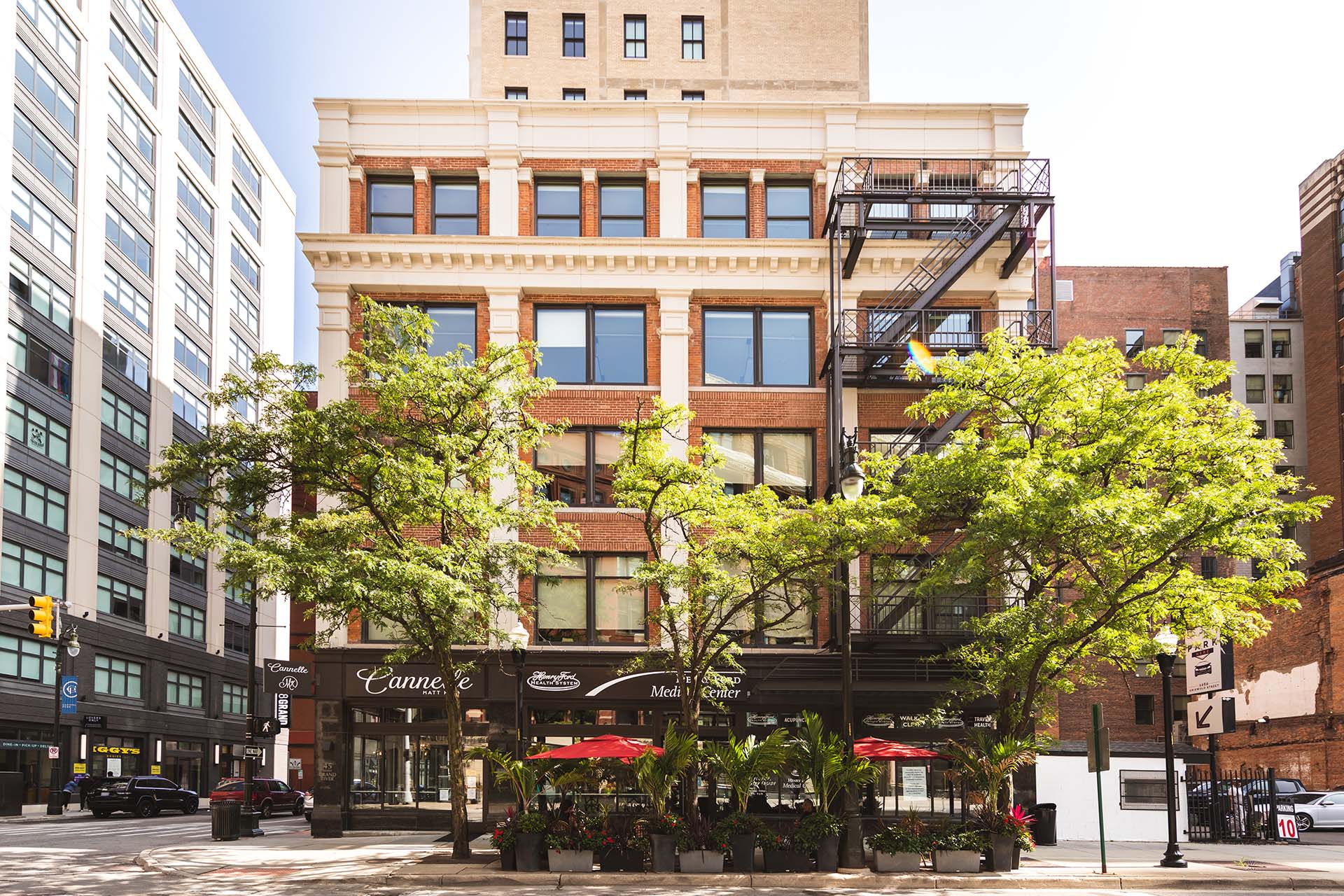 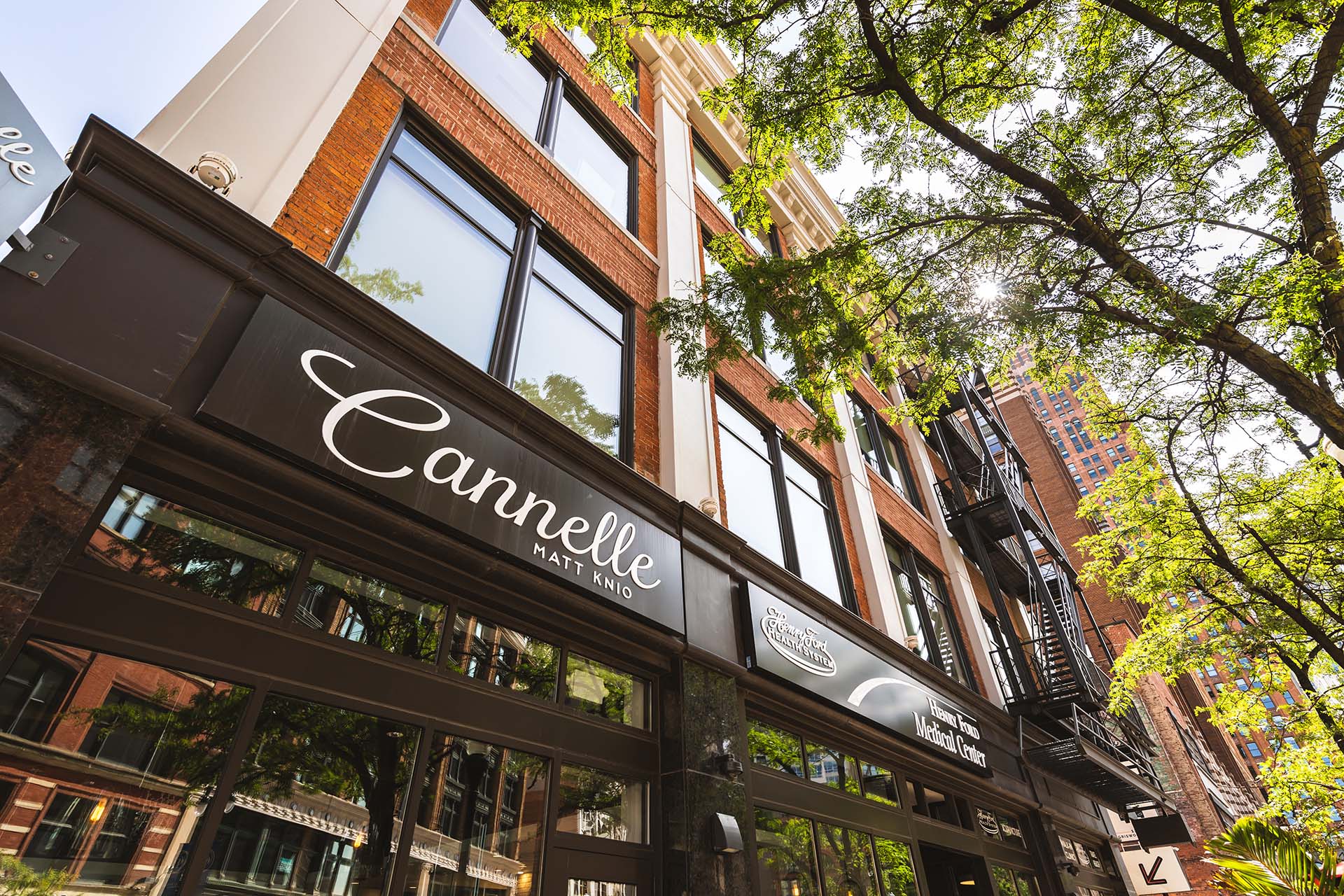