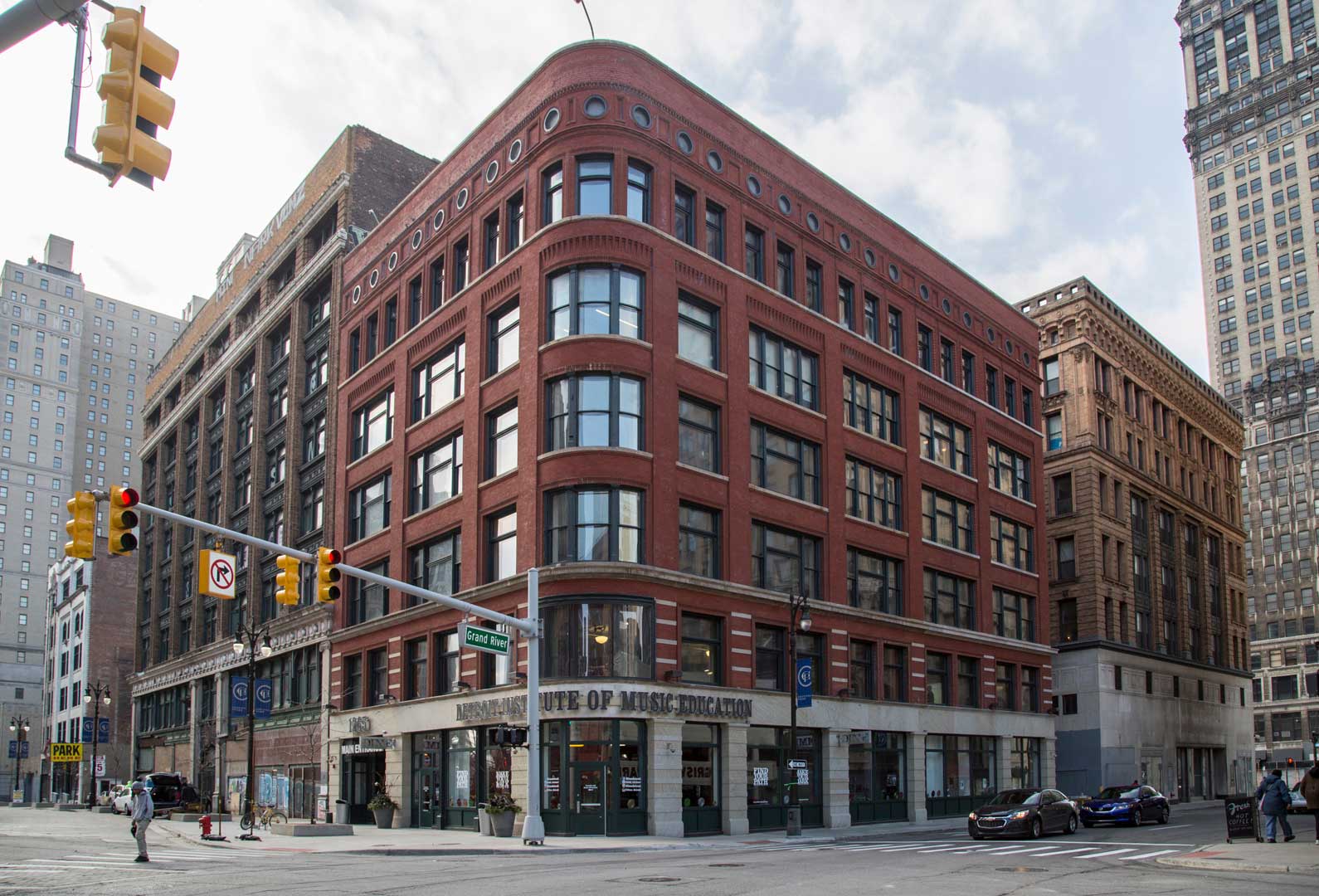 At the intersection of Capitol Park and Grand River Avenue, the midrise at 1265 Griswold St. was designed by architecture firm Spier & Rohns and constructed in 1897 as the Bamlet Building for real-estate investor Frank Bamlet. The property was purchased by Bedrock in 2013 and renovated by architecture firm Neumann Smith a year later. Renamed the Detroit Institute of Music Education Building for the college that became an occupant, the creative space includes a music venue, a music-lifestyle company and a media-production company. The six-story structure represents the Classical Revival style and features a facade of red brick with a rounded column of corner windows. 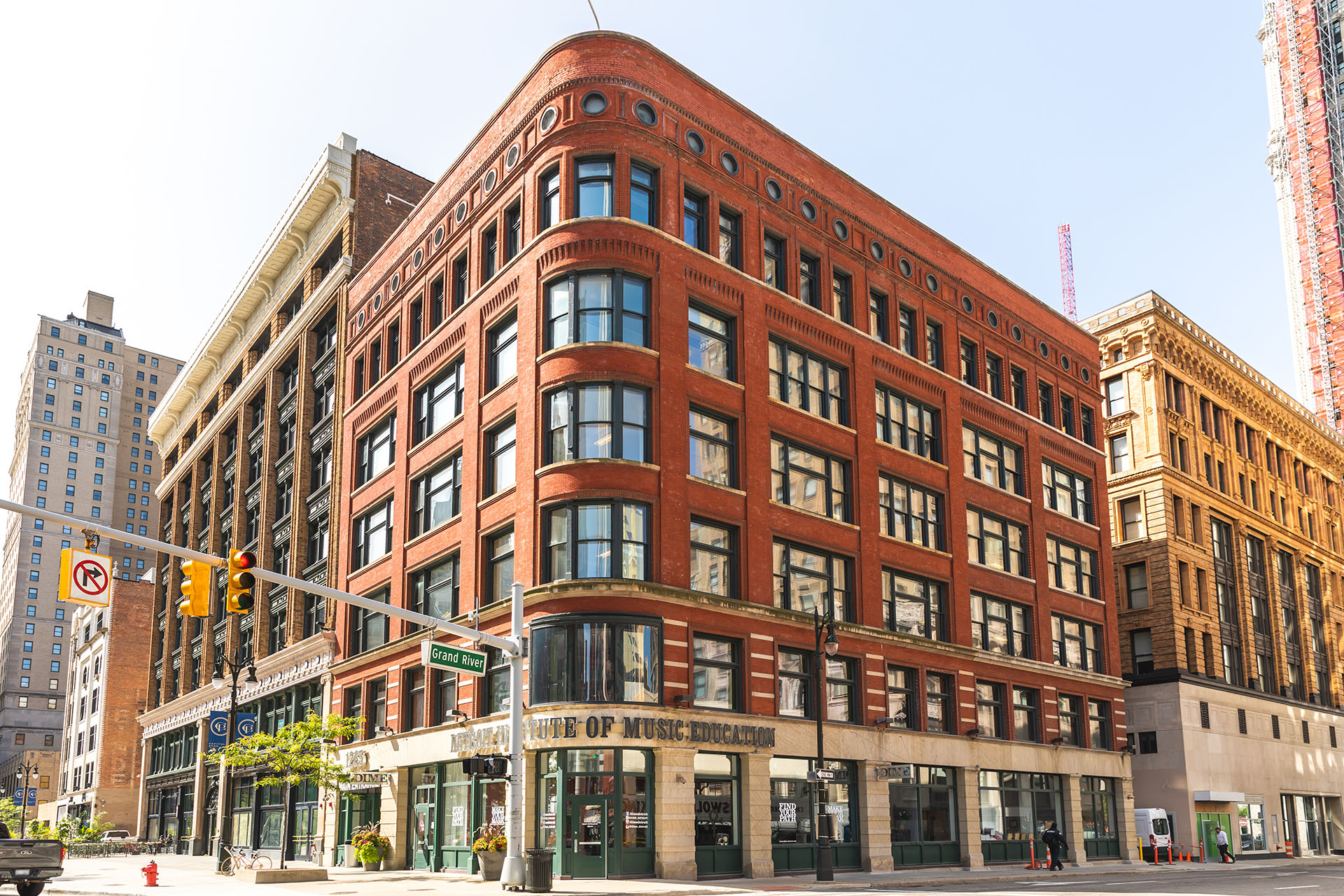 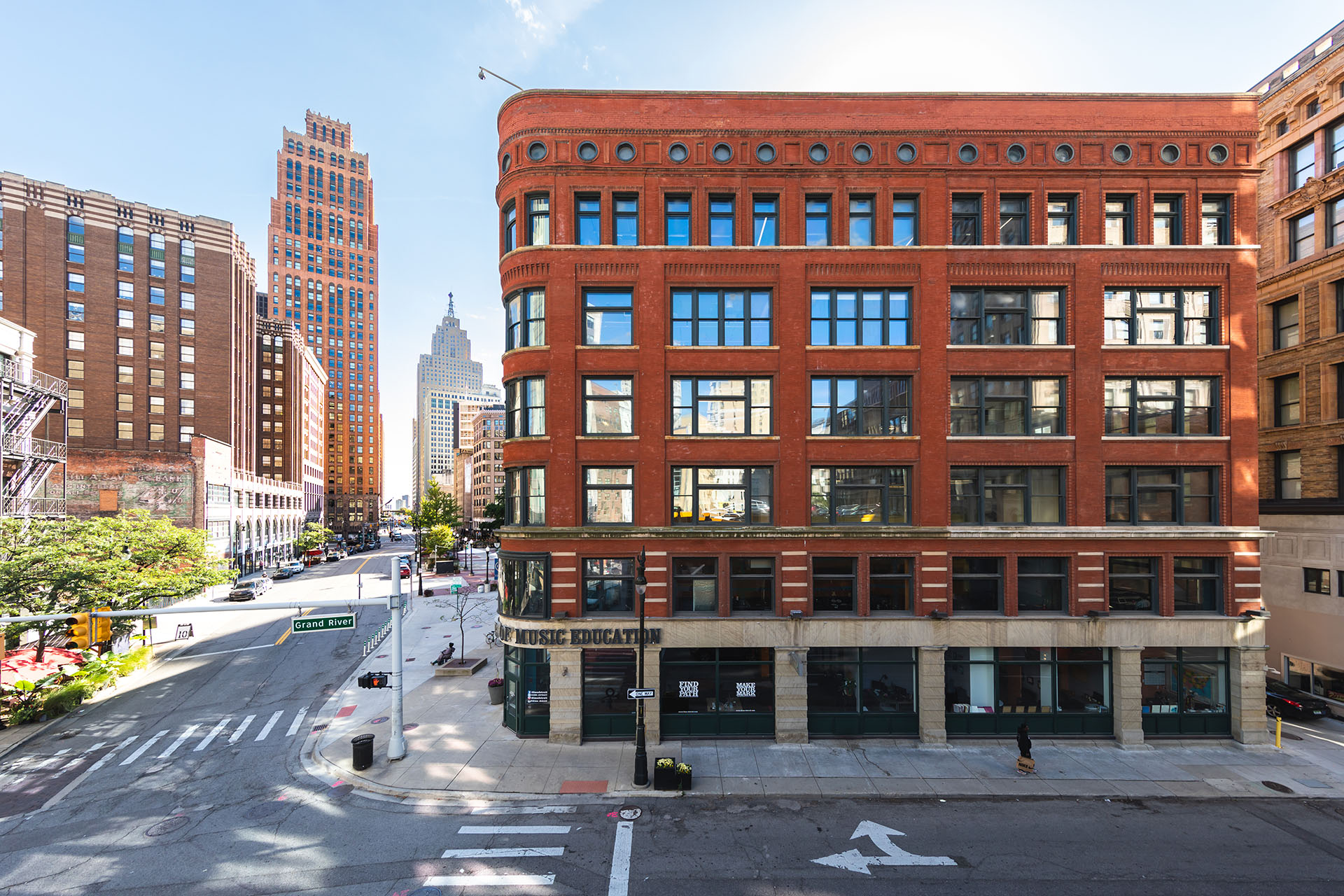 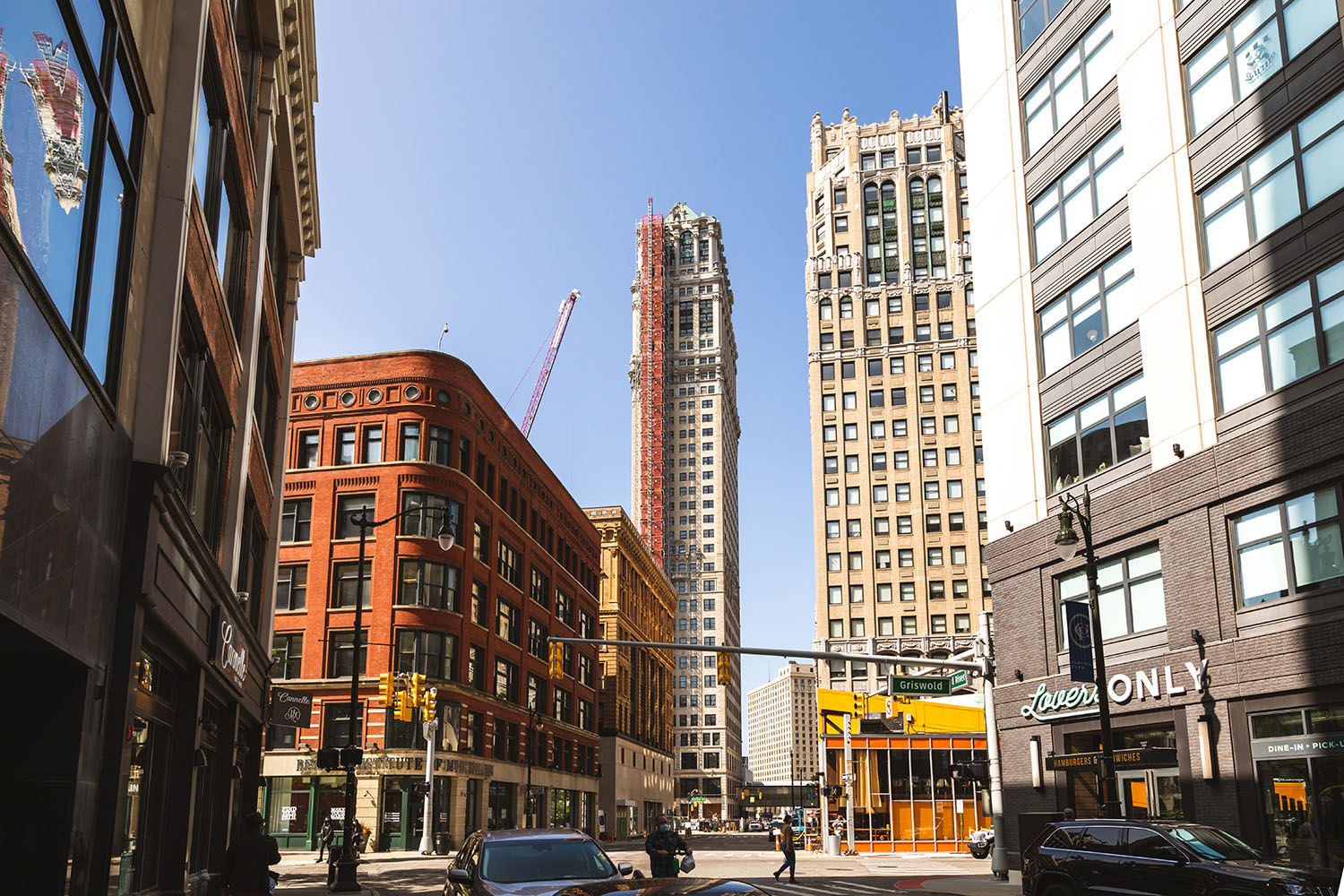 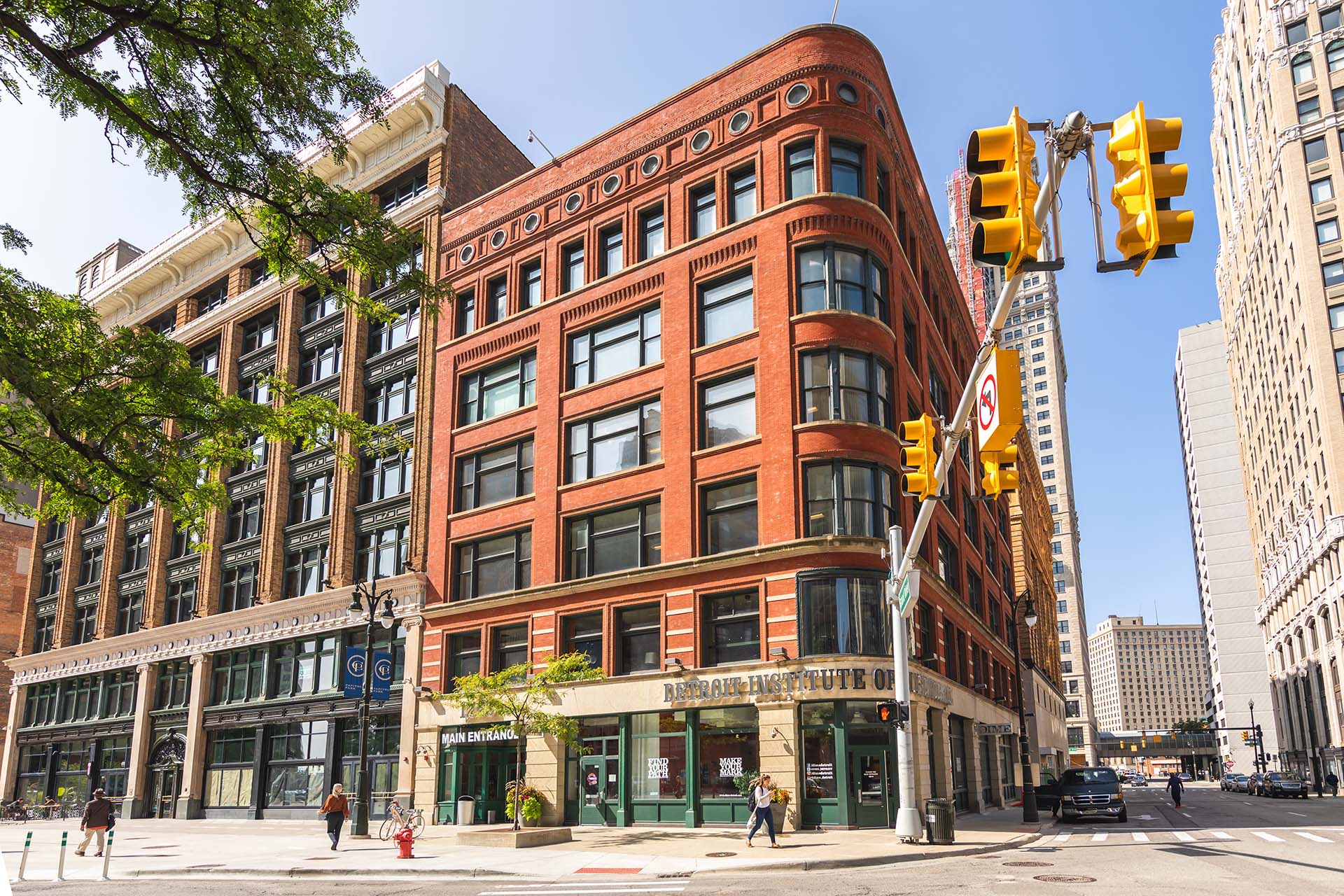