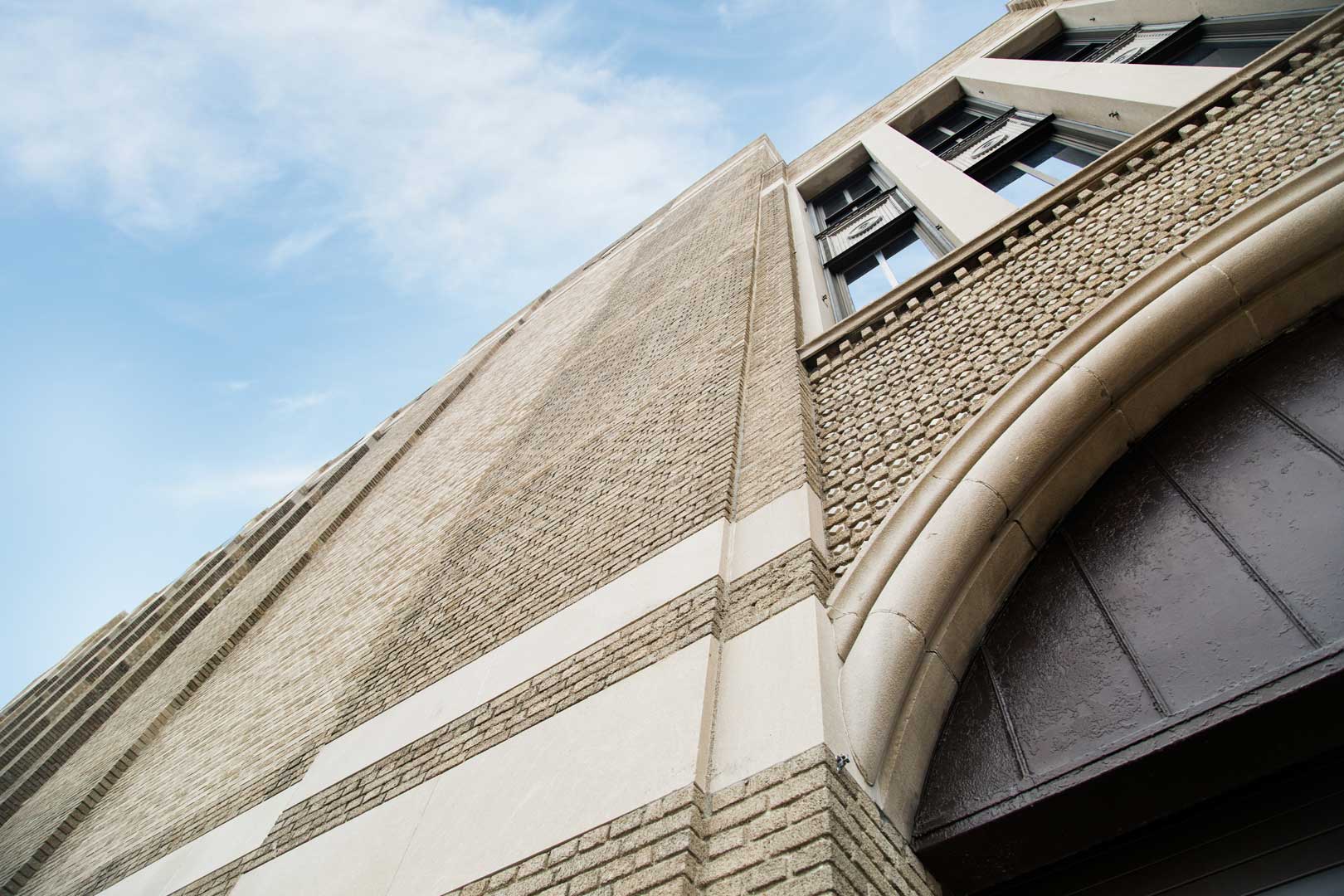 A block from the Huntington Place convention center, the landmark at 615 W. Lafayette Blvd. was designed by architect Albert Kahn and constructed in 1916 as the Detroit News Building. The Detroit News entered into a joint-operating agreement with the Detroit Free Press in 1988. A decade later, the Freep moved into the News’s space, renamed the Detroit Media Partnership Building. Both newspaper partners moved out in 2014, when the property was purchased by Bedrock. The six-story structure features a facade of off-white limestone accented with statues of printing-industry innovators. The midrise includes downtown’s first independent carrier hotel, as well as offices and a restaurant. The restored lobby – adorned with stone walls, an arched plaster ceiling and a centrally hanging metal globe lamp – affords an event venue. The location has an accessway to the adjacent parking garage. 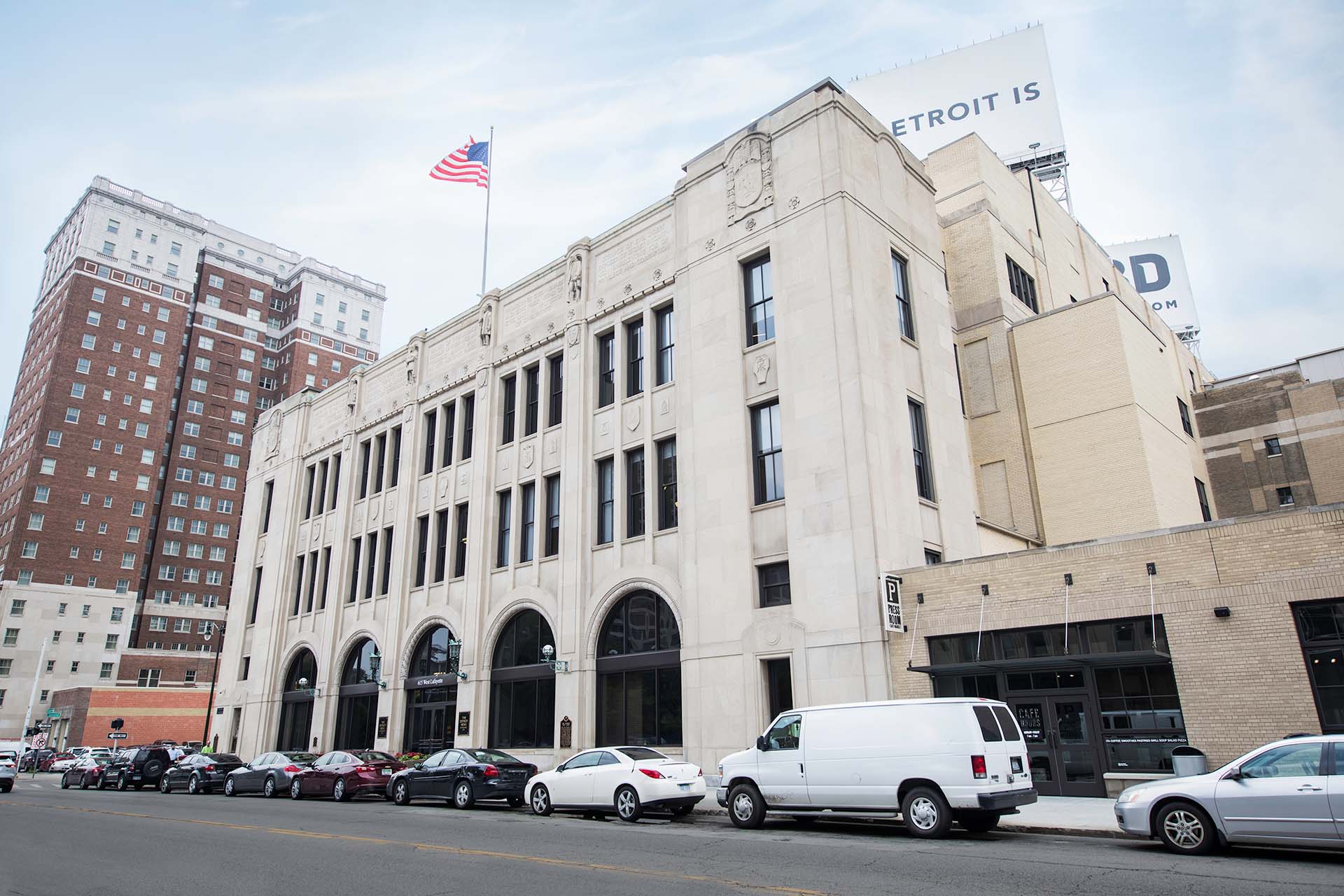 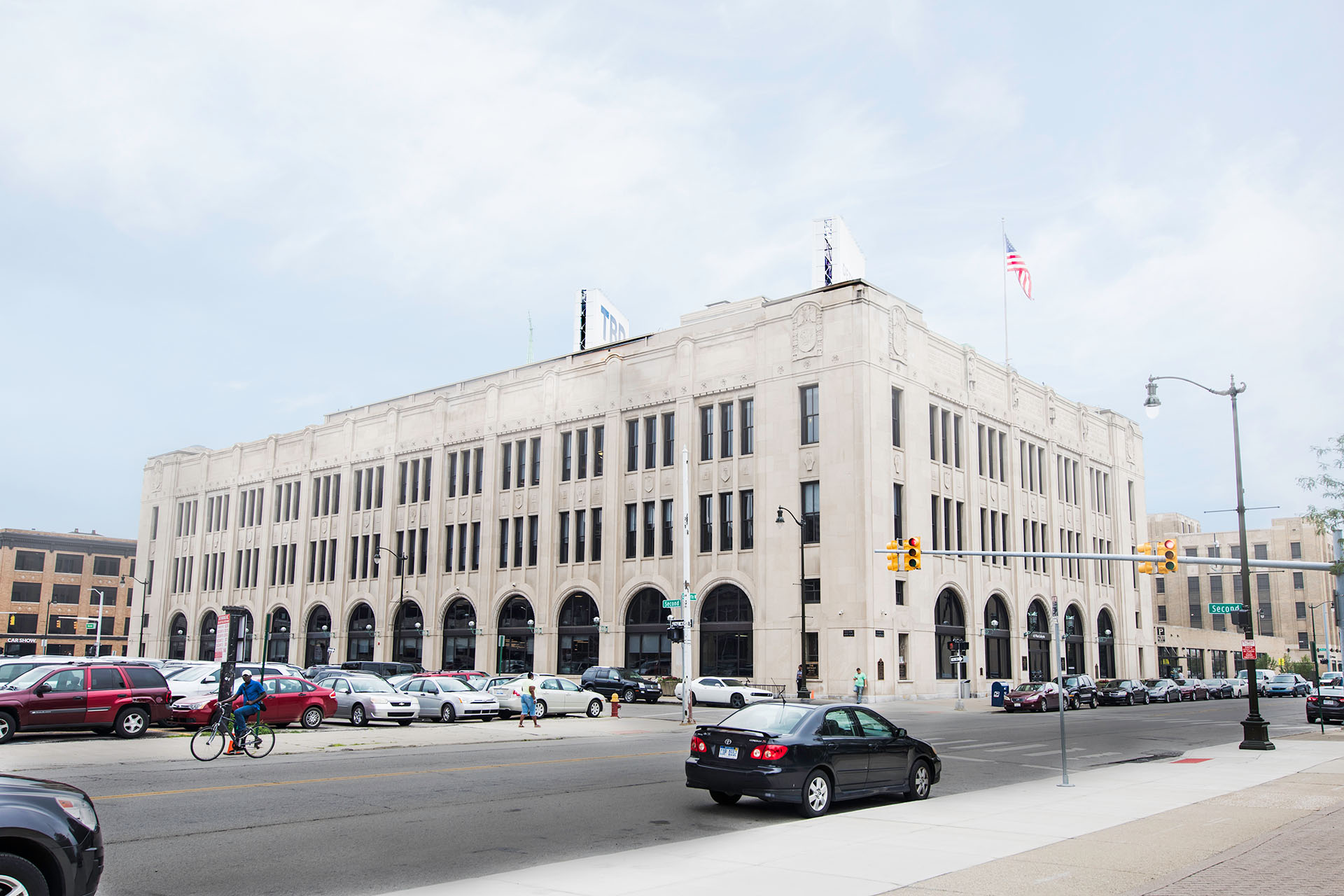 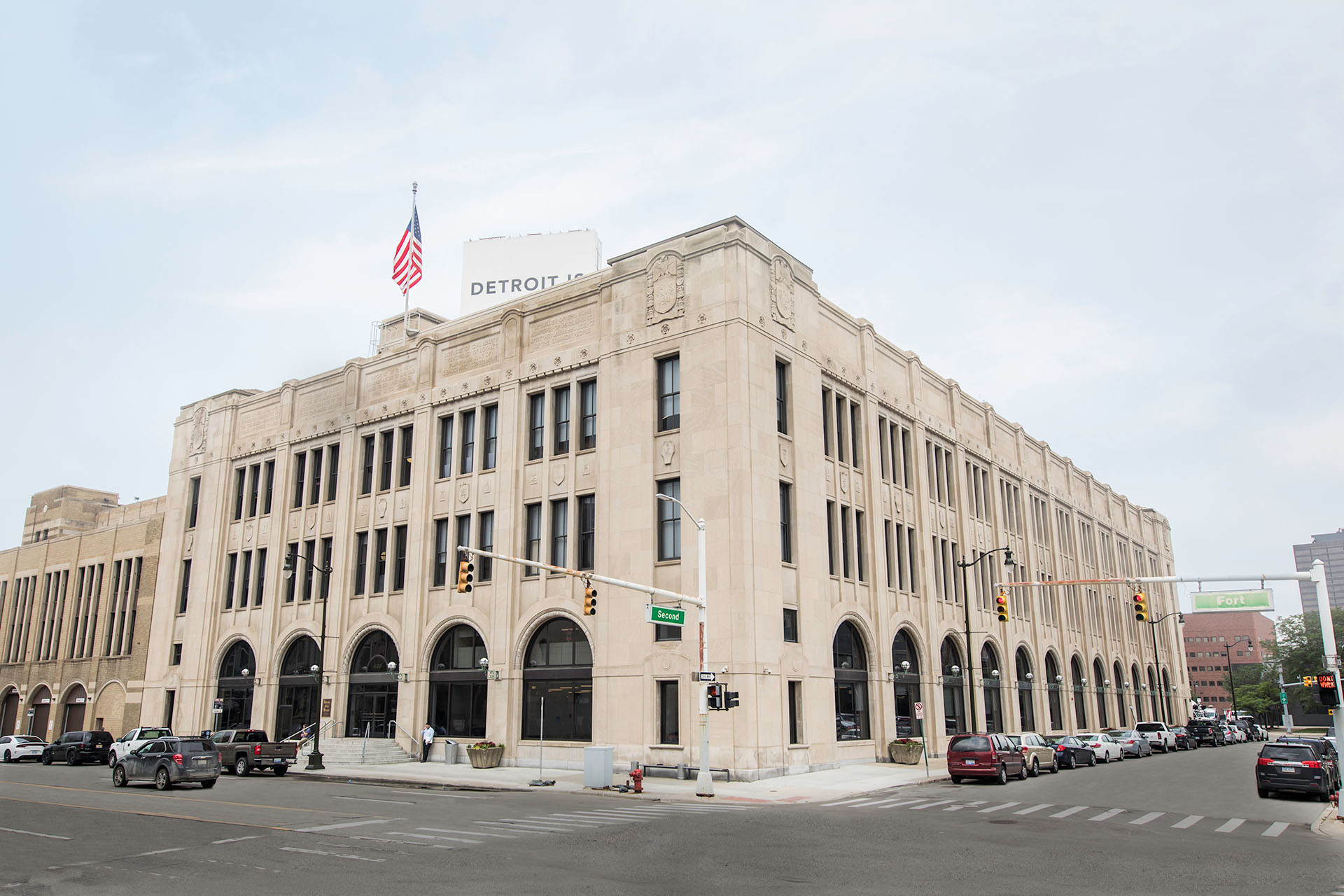 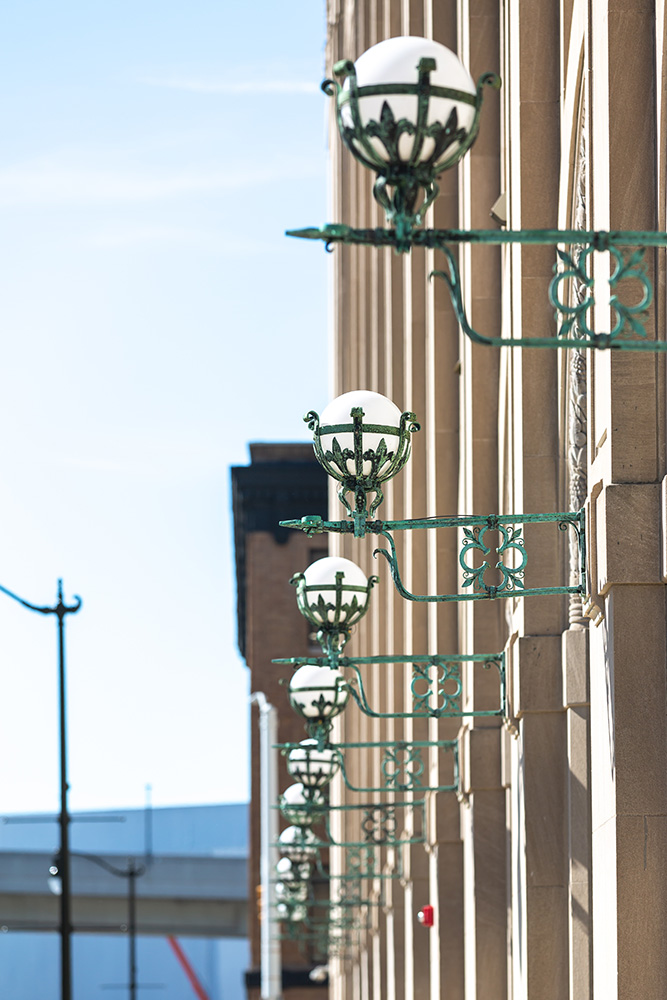