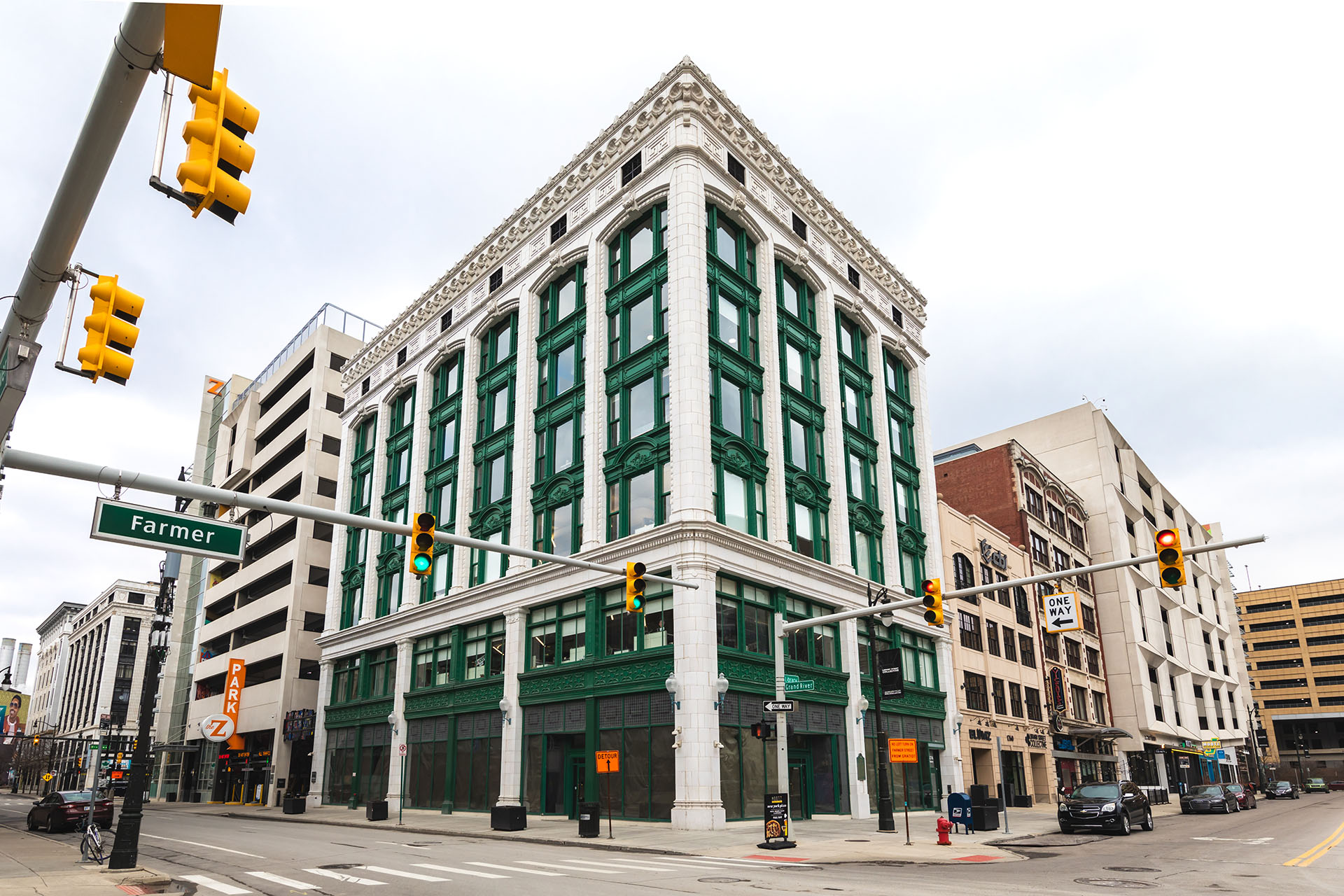 At an intersection of Grand River Avenue, the King Building faces Library Park and backs up to The Belt artists’ alley. The six-story structure features a steel frame and a terracotta facade, exemplifying the Chicago School style. The midrise was designed by architecture firm Rogers & MacFarlane and constructed in 1911. King’s china shop occupied the property until 1932, when Annis’s fur salon moved in for the next 50 years. The space was purchased by Bedrock in 2015 and became the new site of a gallery in 2021 and a designer clothing store in 2022, upholding a block where fine art and high fashion stand at the forefront. 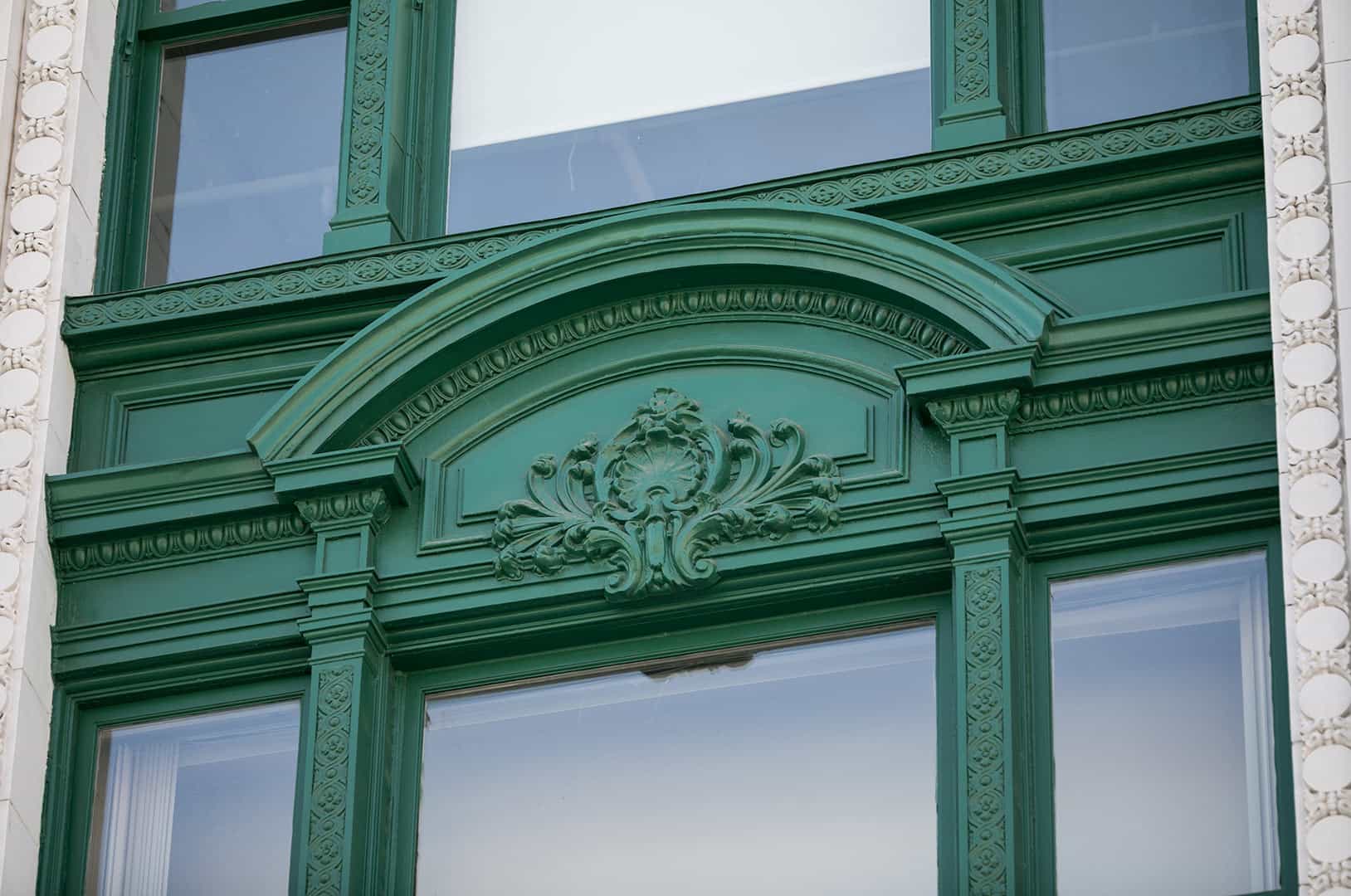 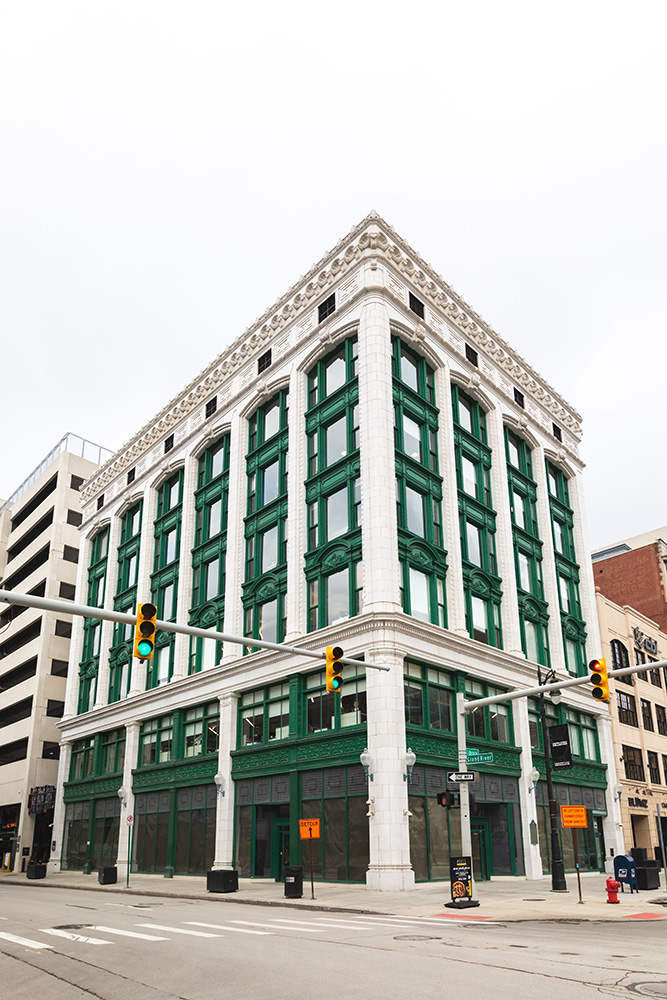 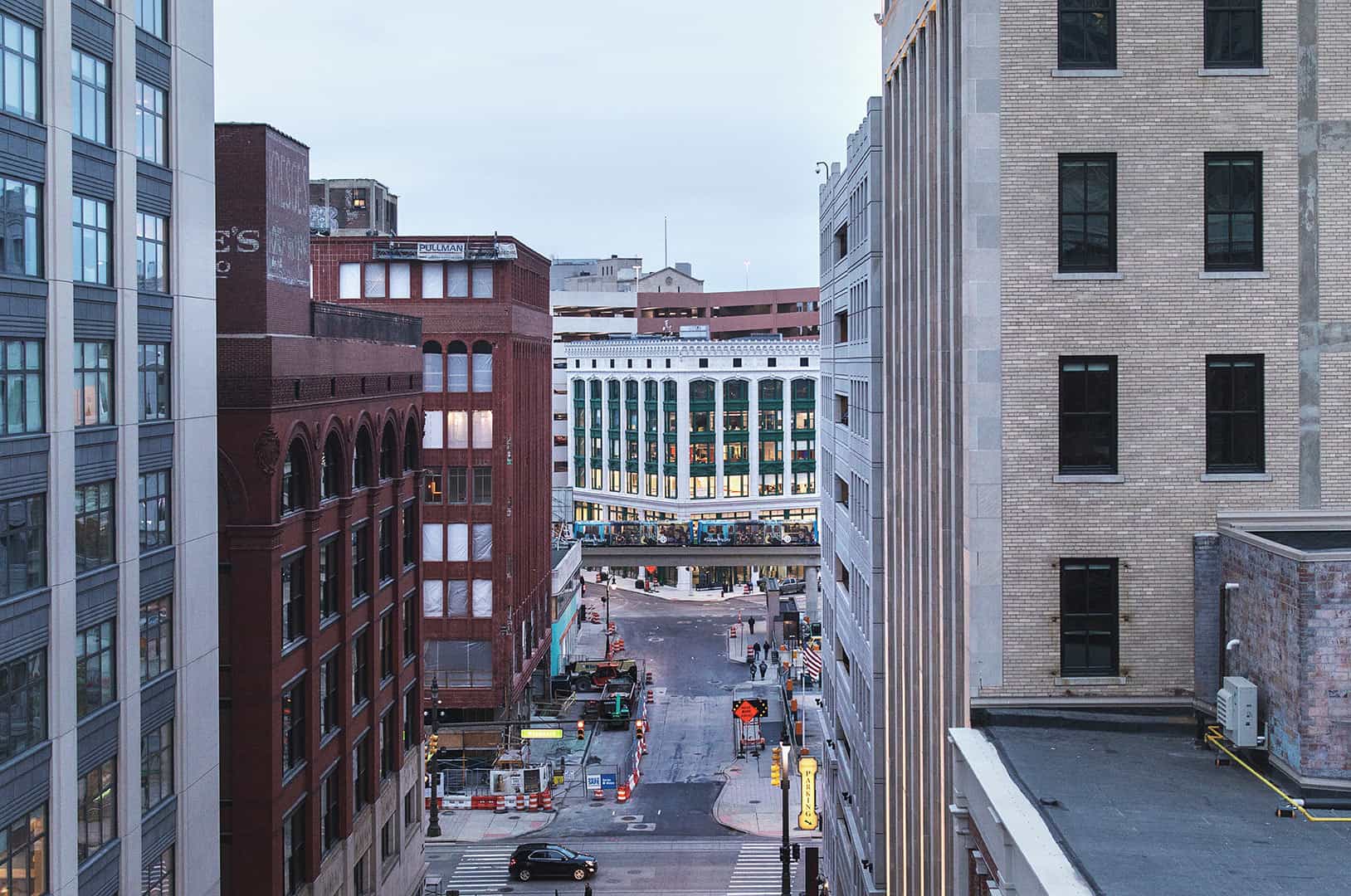 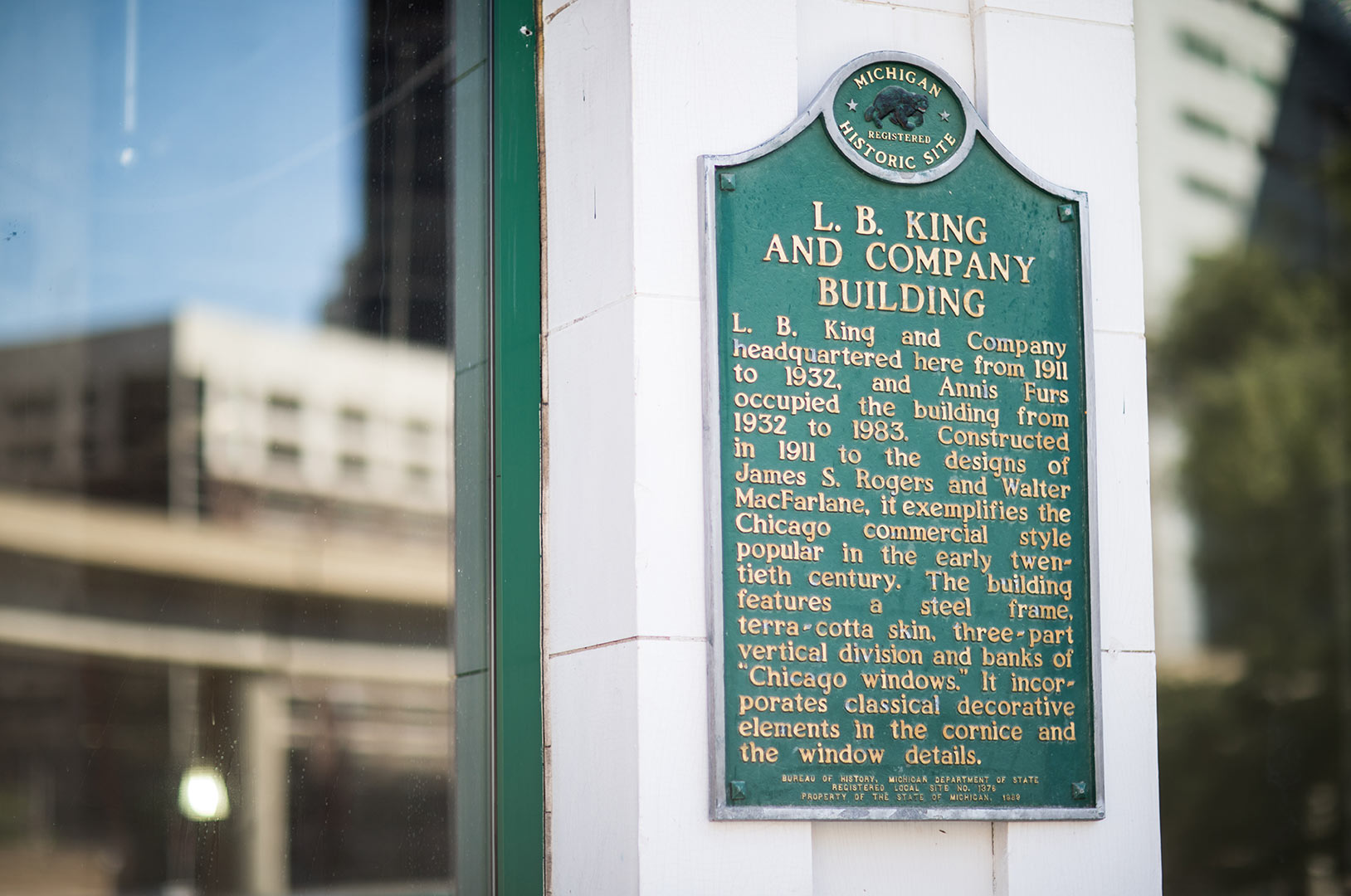