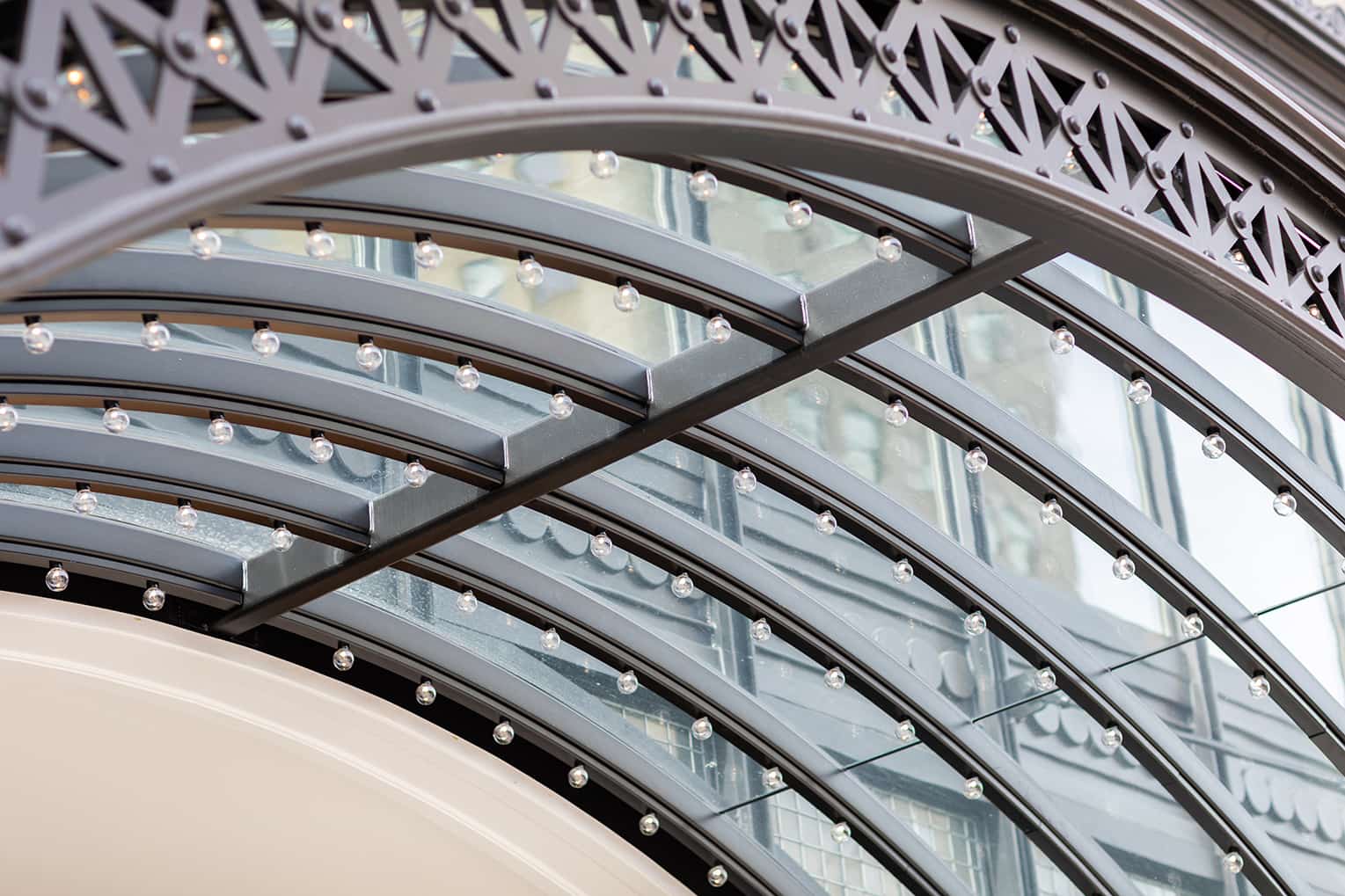 A block from Grand Circus Park, the midrise at 1529 Woodward Ave. was designed by architect Albert Kahn and constructed in 1912 as the Fisher Arcade for the car company. The initial occupants also included Dittrich’s fur salon and Tuttle & Clark’s leather-goods store. The eight-story structure became the Sanders Building in 1948, when the confection company engraved its name on the white-terracotta facade and opened its candy shop and ice-cream parlor on the first two floors. The property was purchased by Bedrock in 2016 and renovated by architecture firm Neumann Smith in 2019, resulting in offices and street-level retail space. 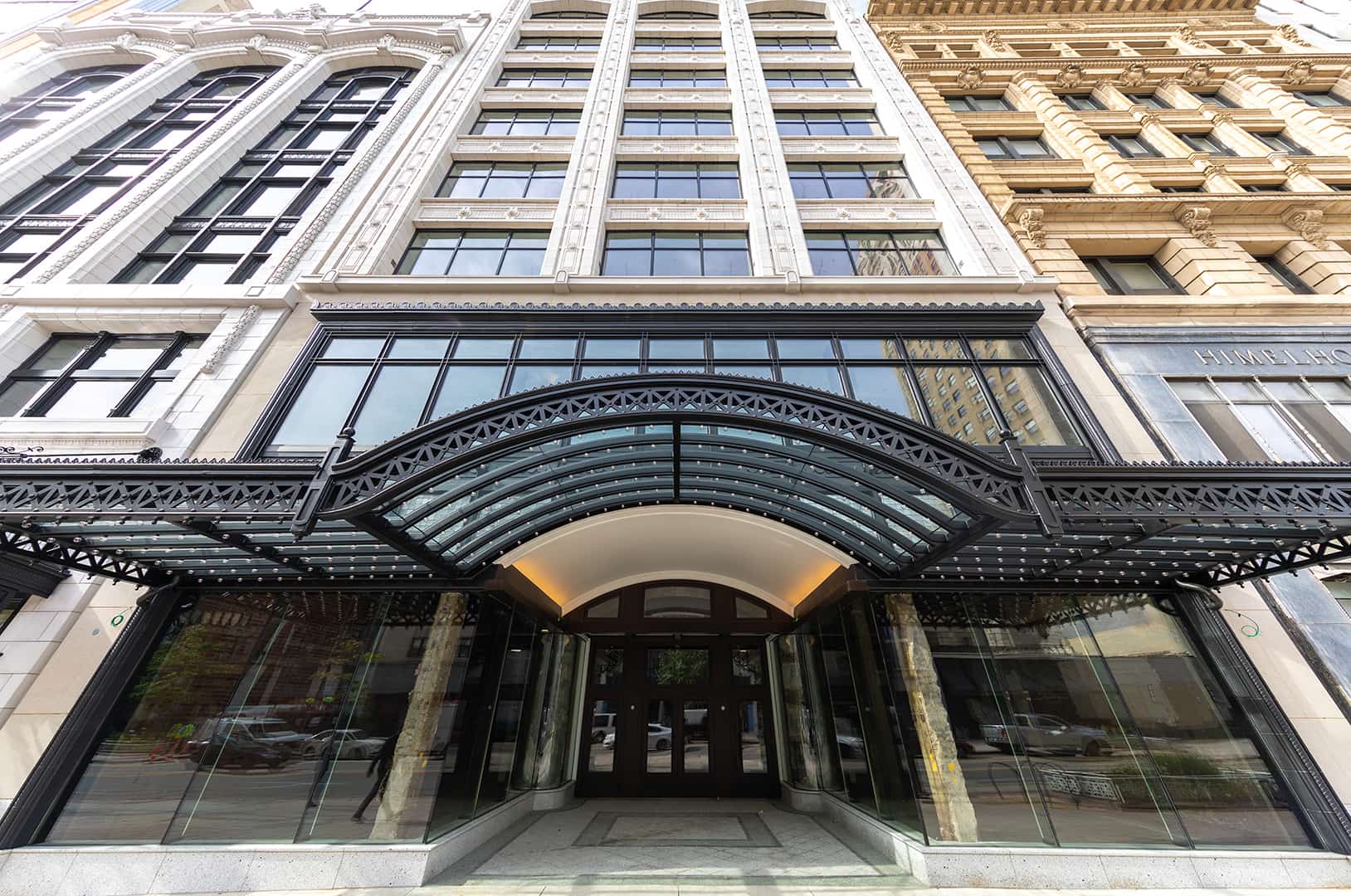 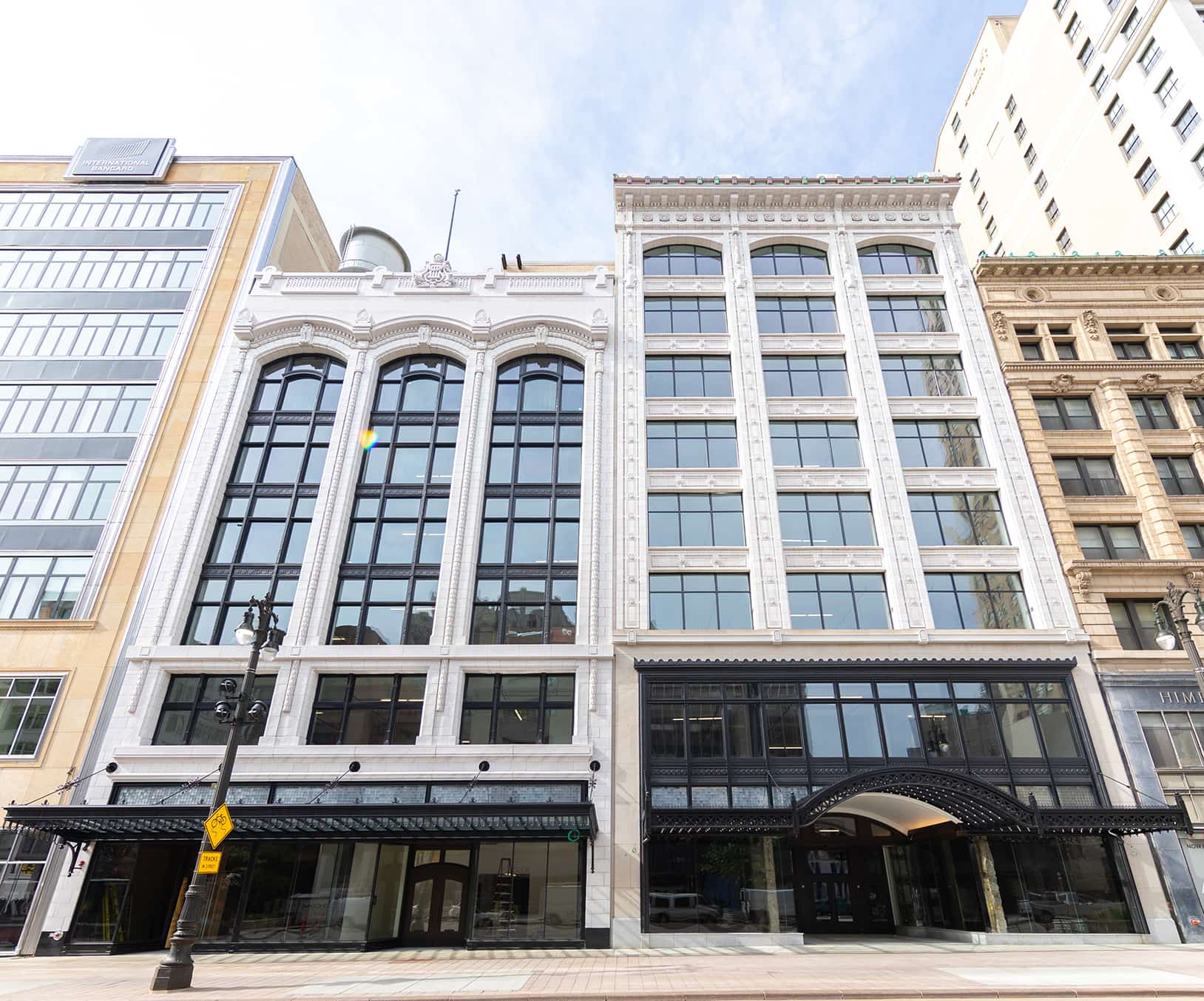 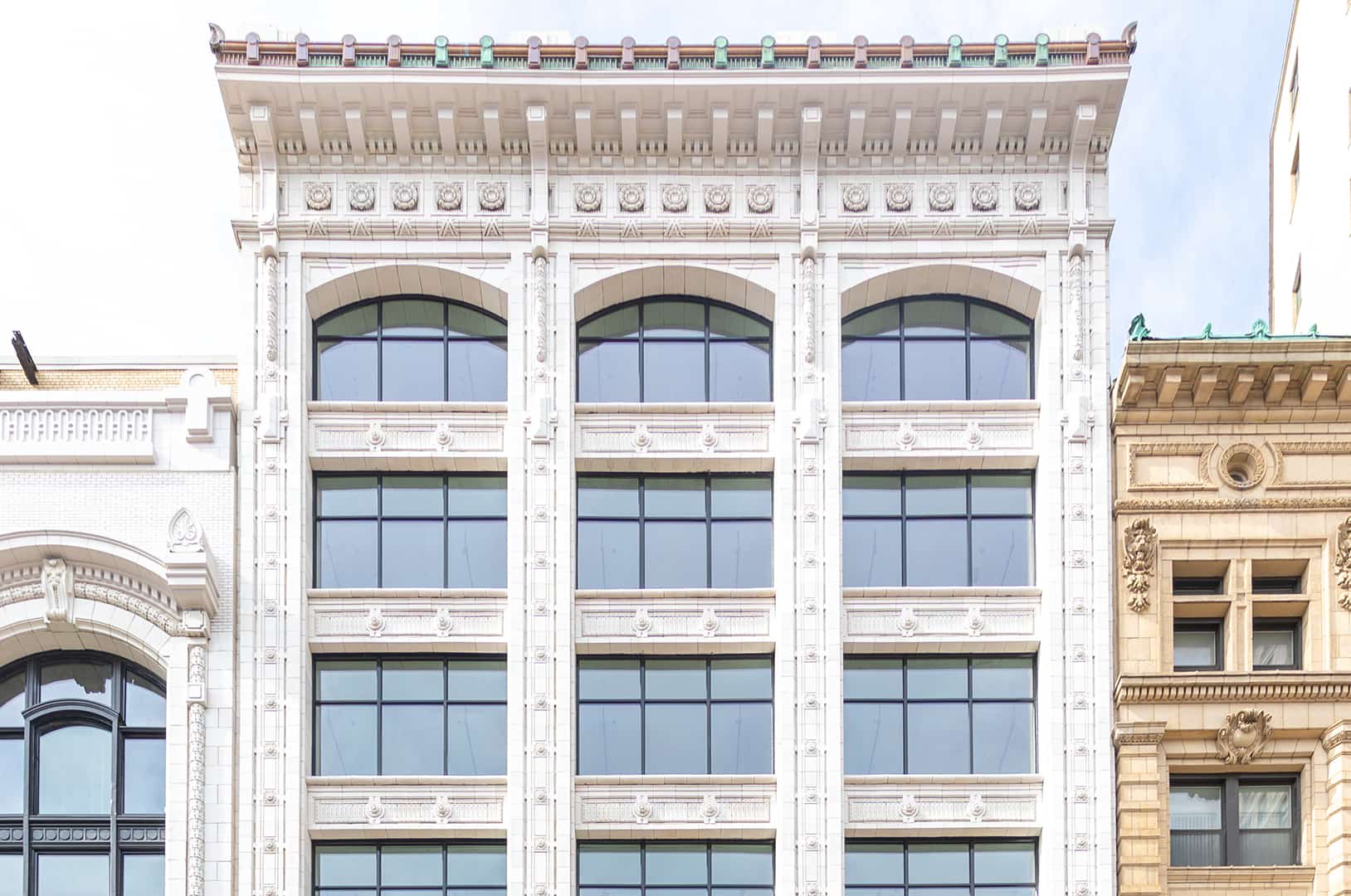